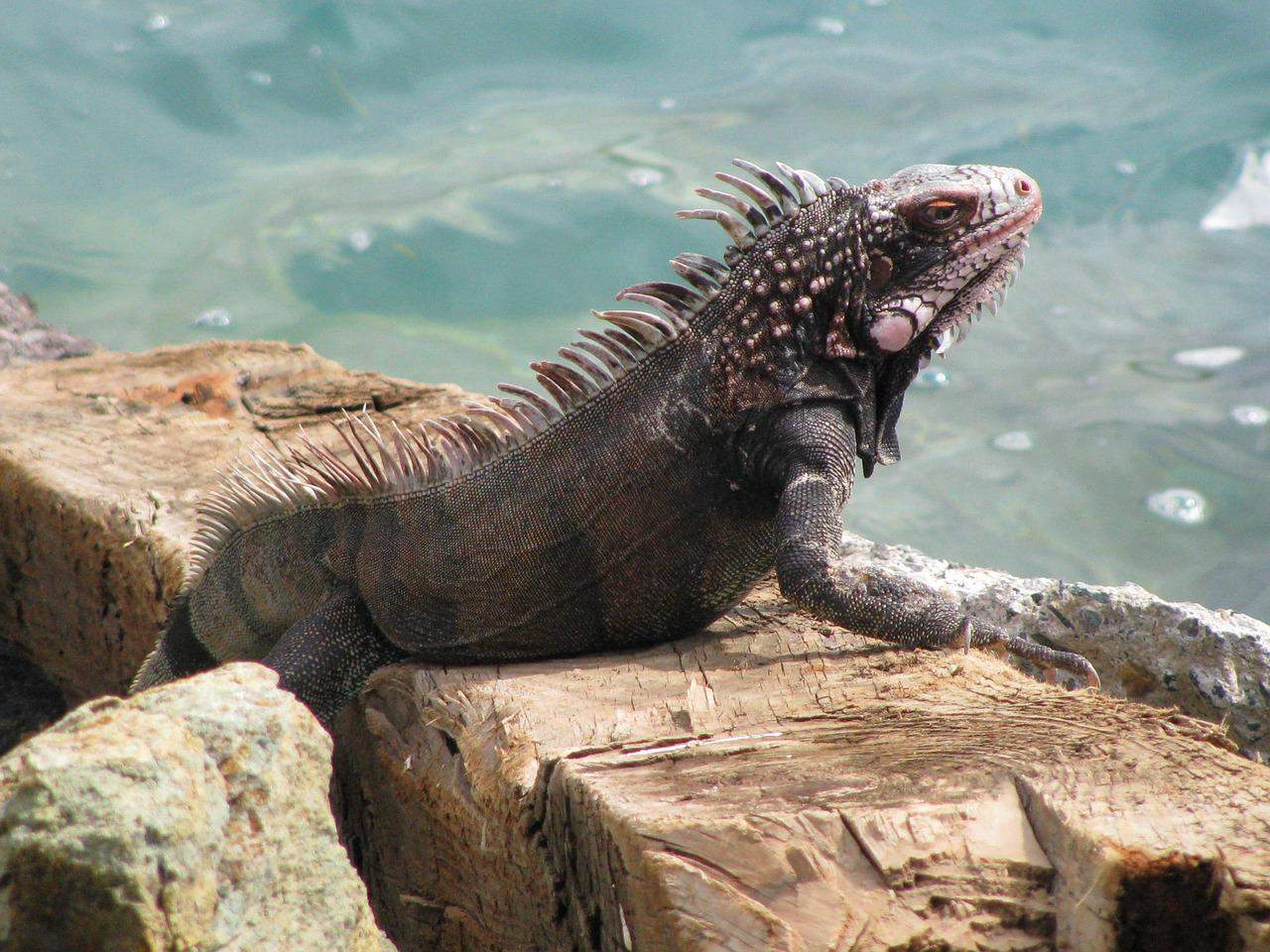 The Riviera Maya is a jewel of the Yucatan Peninsula in Mexico. The stunning beaches, and clear turquoise waters are home to an array of marine wildlife. But did you know that there are dozens of species that spend their time in the jungle as well? If you’re going to be adventuring on the land side of things, it’s helpful to know what kind of animals call this area home so that you can be prepared for any encounter should one occur. 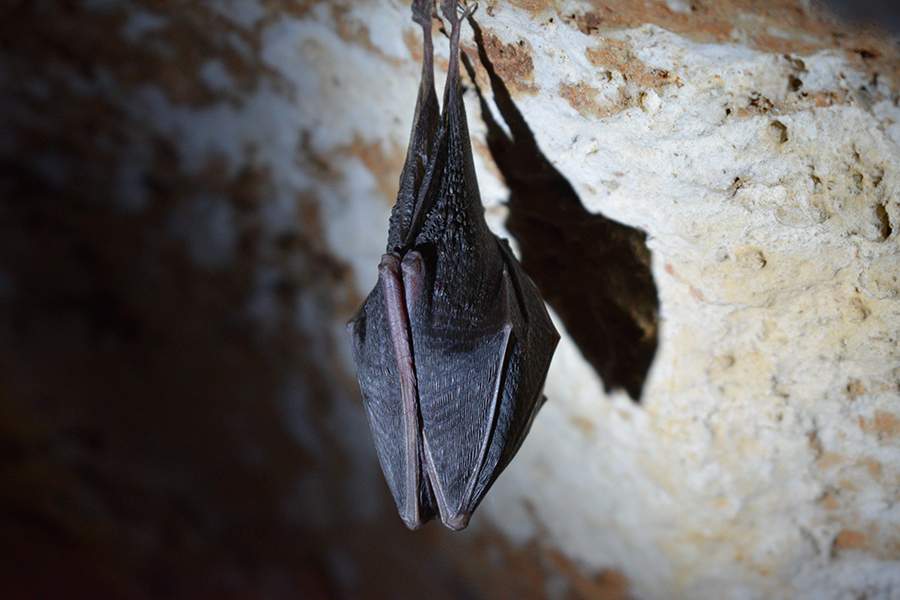 There are over 1,200 species of bats and they can be found in every area of the world except Antarctica. Bat species include fruit bats, leaf-nosed bats, mouse-tailed bats and even vampire bats. Most species are nocturnal (active at night), however some species are diurnal (active during the day).

Bats are one of the most diverse groups of mammals on earth and some live in colonies that number into the millions! If you want to see some amazing wildlife while visiting Riviera Maya Mexico then this is something you should consider seeing during your trip.

There are a lot of marine animals in Riviera Maya that you should know about. You may see sea turtles, whale sharks, dolphins and fish if you are visiting the area. There are also various species of coral and manatees.

All of these animals are endangered and it is important that tourists do not disturb them. When swimming or snorkeling it is best to stay away from them so they can move freely without being scared off by your presence.

The Riviera Maya is home to a variety of bird species. Some of these birds are migratory, while others are endemic and rare. A few are even endangered or protected by the Mexican government. In general, birds prefer to nest in tall trees near water sources such as lakes, rivers and mangroves. This provides them with protection from predators, easy access to food sources like insects and fish larvae which live in the watery environment around the tree roots. If you’re planning on visiting this area soon, keep an eye out for these common (and not-so-common) birds:

There are also a few different types of wild cats that can be found in the Riviera Maya. These include pumas, ocelots, jaguarundis, and margays. 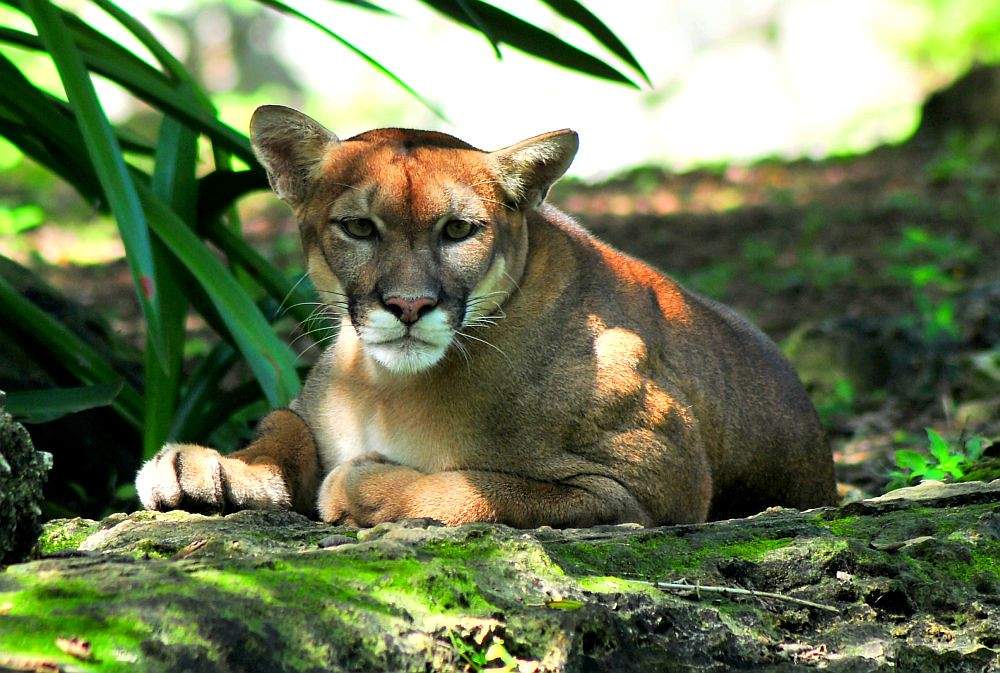 The puma is commonly known as cougars or mountain lions and they are native to the Americas. They have been hunted since pre-Columbian times for their fur and meat by both indigenous people and Europeans alike. In modern times they have become endangered due to habitat loss, fragmentation and degradation caused by human development projects.

The species has historically been divided into two subspecies: Puma concolor couguar (or eastern puma) which ranges from southern Canada down through the United States east of Colorado; Puma concolor costaricensis which is native only to Central America. 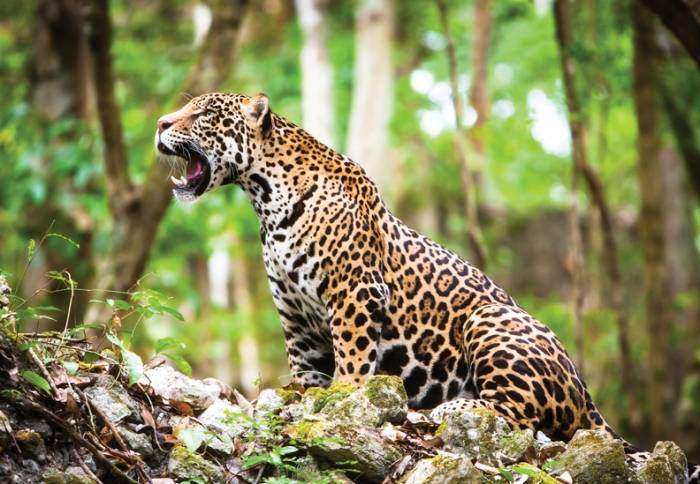 Jaguars are the most majestic of all the animals in Riviera Maya Mexico. They are rare and elusive, but you may get lucky and see one if you spend enough time out in nature. Jaguars are carnivores and eat a variety of different prey including fish, deer, birds, rodents and even larger mammals like peccaries (small wild pigs). They have been known to attack humans if they feel threatened or cornered by humans while they’re hunting other prey.

Jaguars are solitary creatures that prefer spending their time alone as opposed to socializing with other jaguars or prides of lions for example. You will rarely see one jaguar at a time due to this trait; however it does happen occasionally when there is enough food available for everyone! The males tend to wander further than females from their territory; this helps spread out competition within their species over territory boundaries rather than having everyone fight it out for survival near home base.

Crocodiles are a common sight in the lagoons and waterways of Riviera Maya Mexico. The area is home to two species: American Crocodile and Morelet’s Crocodile.

Both species are endangered, but thankfully their numbers are slowly rebounding thanks to conservation efforts. 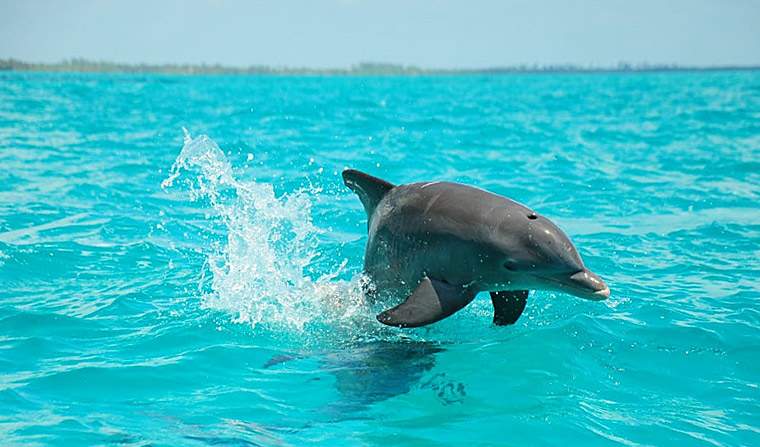 Dolphins are mammals and breathe air. Dolphins, like humans, are highly intelligent and social animals that live in groups called pods. They are related to whales (the family Delphinidae). Dolphins have a streamlined body with a flat back and snout that makes it easy for them to swim quickly through the water. Their streamlined shape also helps them avoid getting stuck when they get caught in nets or fishing lines. Dolphins use sounds like clicks, whistles, squeals, chirps and knocks for communication between each other when hunting for food or communicating with each other about where they want to go next on their journey across the ocean!

Fish in the sea

The sea is home to many types of fish, as well as invertebrates like corals. Commercially fished species include snapper, grouper, amberjack and tuna. The coastal waters also provide important habitats for some species of cetaceans such as the humpback dolphin and other dolphins such as the spinner and killer whales. In addition to these commercially valuable animals there are many other interesting creatures that live in Mexico’s oceans including ancient fossils, crystals, cave pearls (also known as aventurine), stalactites (in caverns), stalagmites (in caves), soda straws (also known as helictites) draperies or curtains formed by crystallization on cave walls due to evaporation by wind or water flow; helectites which are stone cones formed by dripping mineral deposits from rainwater; rimstone dams caused when calcium carbonate precipitates out at the air-water interface; flowstones which form near cave mouths where water drips into rock crevices creating stalactite sheets growing outward from the flowstone base like tree roots. 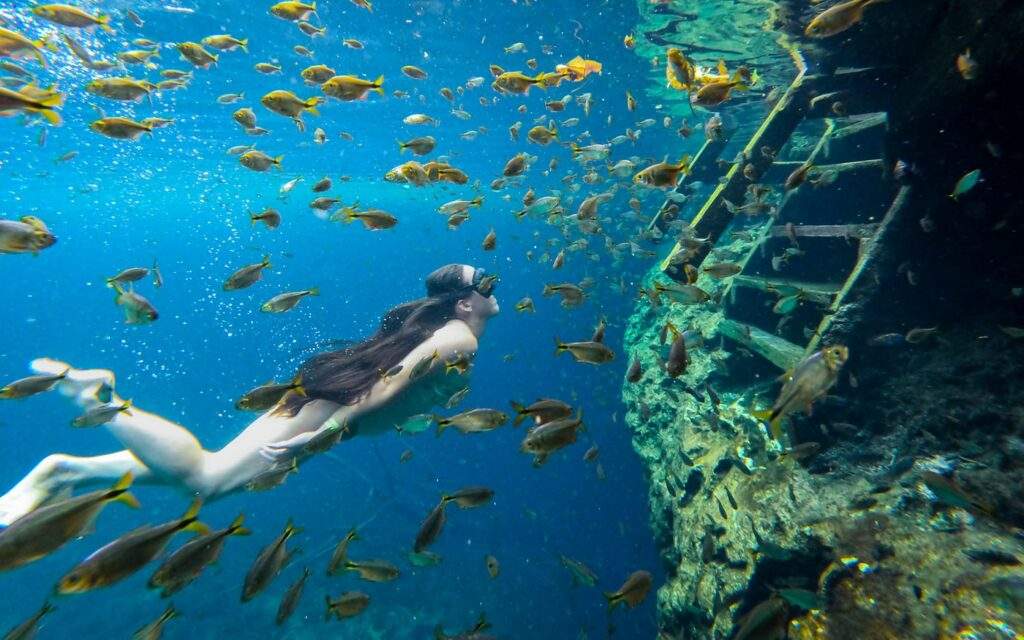 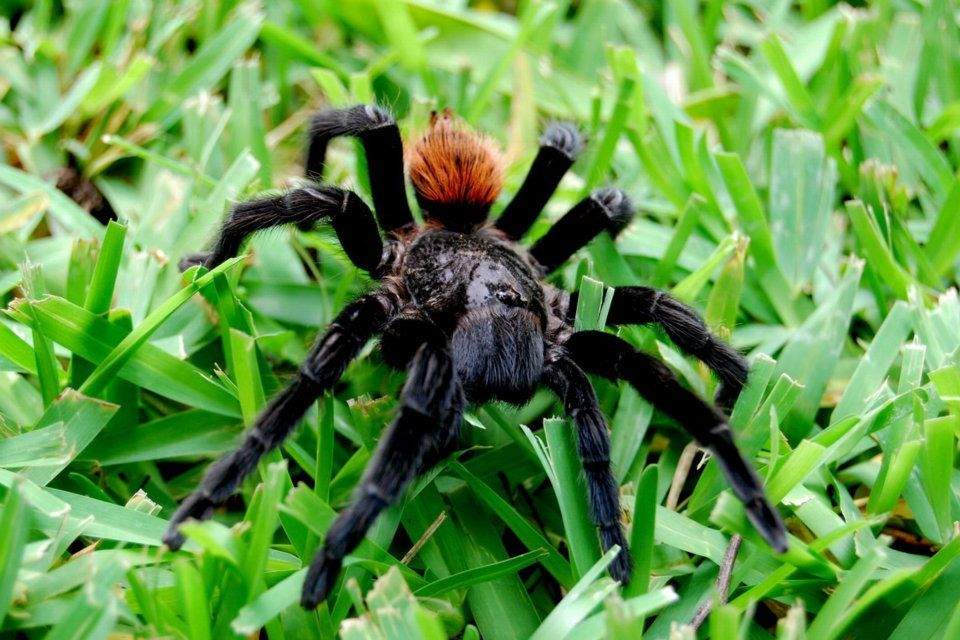 While the insects and spiders of Riviera Maya are not as numerous as their counterparts in other areas of Mexico, they are still plentiful enough to warrant some attention. The biggest spider you’re likely to see here is a tarantula, which is a large hairy spider that can grow up to eight inches in diameter. If you’re bitten by one of these creatures, don’t panic—you won’t die from it unless it injects you with venom (which is unlikely). Instead, seek medical attention for the bite wound itself.

The smallest spider in Riviera Maya lives under rocks on beaches; its Latin name is “Sphodros abboti” and it only grows about half an inch long! It’s hard to imagine that such tiny creatures could cause any harm at all…but if you do get stung by one or another spider in this region, pee on it! This old trick was passed down from Native Americans who believed that urinating on arachnid bites would help bring down swelling and speed healing time; while there isn’t any scientific proof behind this practice yet, people have been using it since pre-Columbian times without any serious side effects. 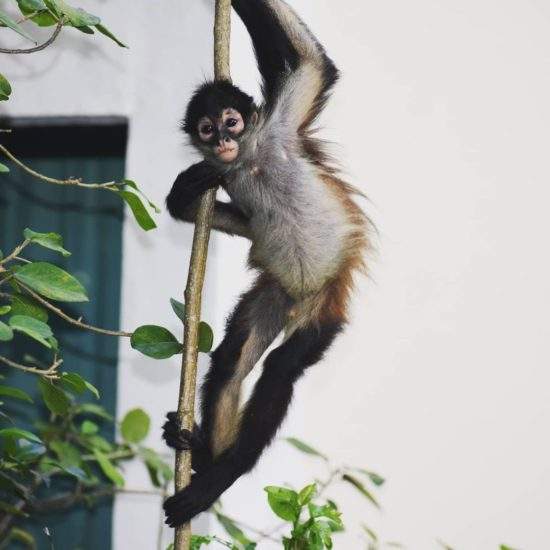 If you’re headed to the jungles of the Riviera Maya, be sure to keep an eye out for monkeys! There are a few different species that live in this area, including spider and howler monkeys. Capuchin, squirrel and tamarin monkey populations have also been spotted here.

Monkeys can often be found feeding on fruit trees or other vegetation surrounding their habitat. They are very active during the day and are known to travel in groups so you may see them playing together or running up trees as they move from one spot to another. If you do happen upon a group of these creatures while visiting Mexico, take a moment to watch them interact with each other before moving on with your day—it’s fascinating!

While it is fun watching these animals roaming around their natural habitats, please remember not to feed them as doing so will create aggressive behavior towards humans (and vice versa). The best way for both humans and animals alike is allowing everyone involved just enjoy being together without any sort of interference from outside forces such as food sources! 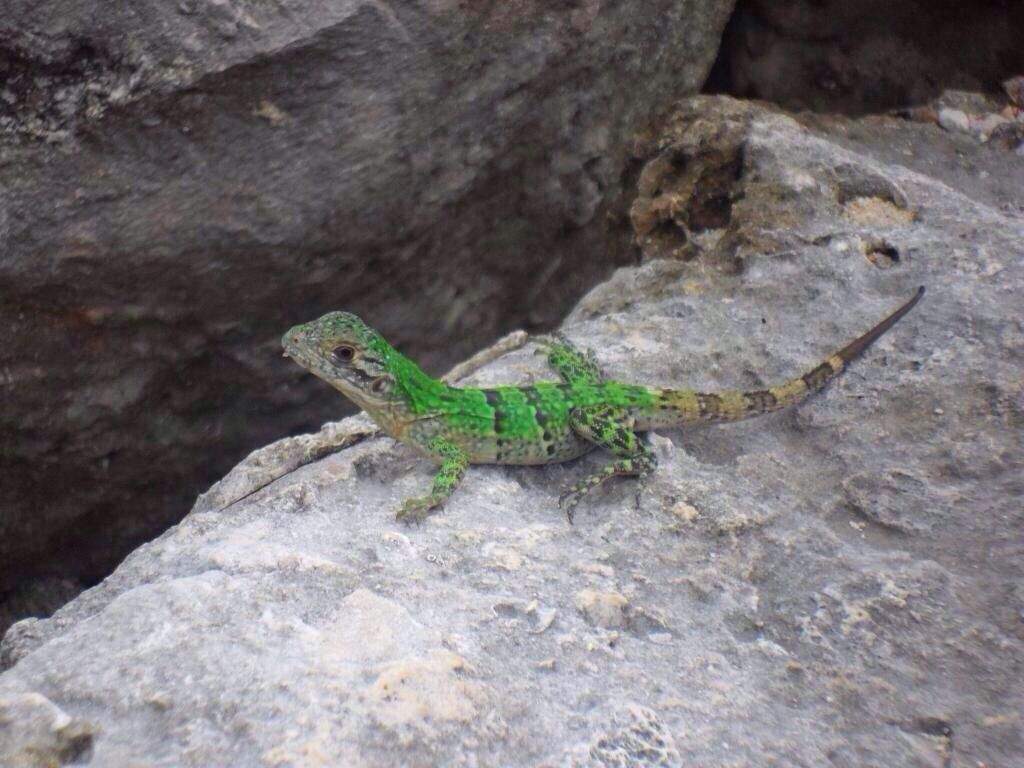 Here are some of the most common lizards found in Riviera Maya Mexico:

In addition to these species of lizards you may see on your adventures around Riviera Maya Mexico, there are many more types of lizards that can be found throughout Central America.

If you see a snake, don’t panic—they won’t attack unless provoked or threatened (such as when people try to step on them). Snakes live hidden away during the day and come out at night looking for food; so make sure there is no one around before you walk around at night.

If someone is bitten by a venomous snake (the most dangerous ones being coral snakes), immediately seek medical attention as soon as possible because antivenin can quickly reduce the effects of the bite if given within 24 hours after an injury has occurred. No deaths have been reported from coral snake bites since 1967.

The area around the Riviera Maya has a rich variety of wildlife.

You will be surprised at the wide range of animals, reptiles and birds that live in the area around Riviera Maya. If you are a wildlife enthusiast, you should definitely plan a trip here. This is not just because there are many wild animals but also because they can be seen everywhere.

We have made it easier for you by listing some of the most common species that can be spotted around Merida Yucatan Mexico:

The jaguar is one of the largest predators in North America today and its skin has been used for centuries by humans as an important item for clothing or decoration. You can see jaguars roaming freely in various parts of Yucatan Peninsula; especially at Cenote Azul near Merida City where they come out from their hideouts during nighttime to hunt small mammals such as rabbits or opossums (Didelphis marsupialis).

If you’re visiting Riviera Maya, you’re sure to come across some interesting wildlife. From jaguars and crocodiles, to iguanas and toucans, there are plenty of animals in the area that will make your visit memorable. When you encounter them in the wild, remember that they are wild animals first and foremost. Be respectful of their habitat and don’t try to touch them or feed them! 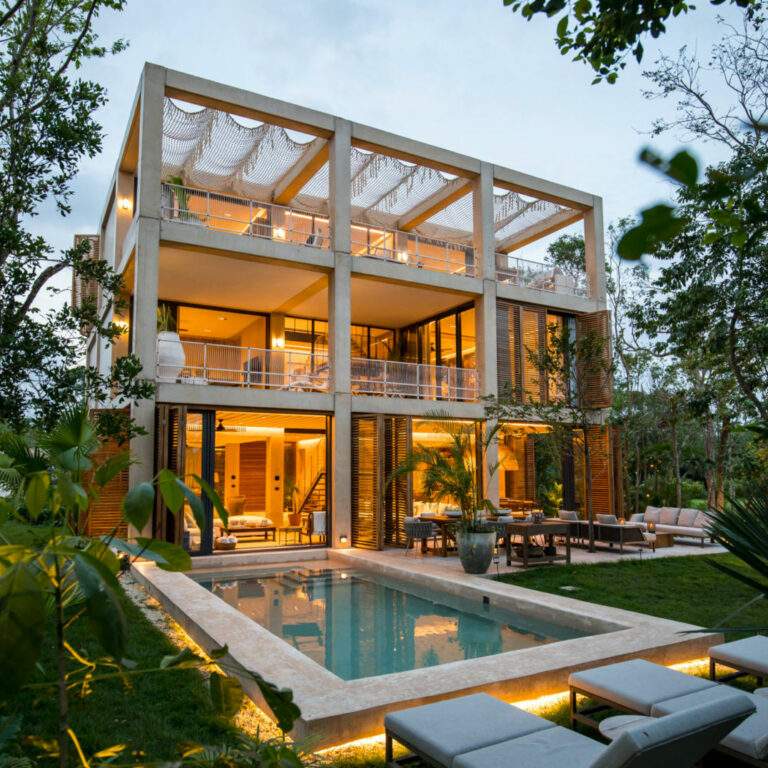 How much does a house in Playa del Carmen cost? 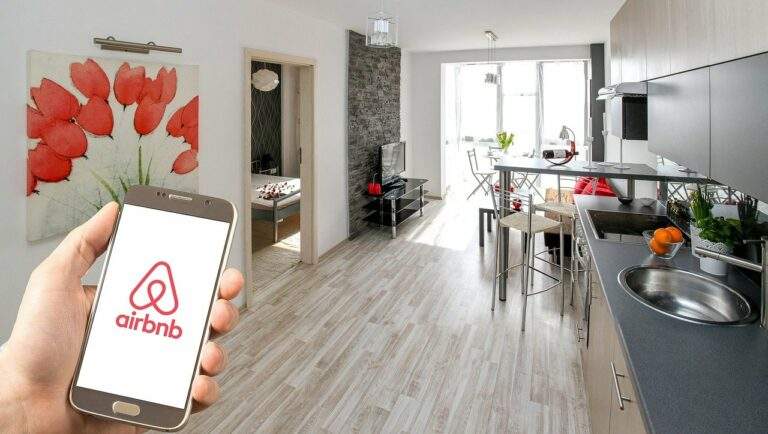 Your First Month of Airbnb business in Tulum – What to expect 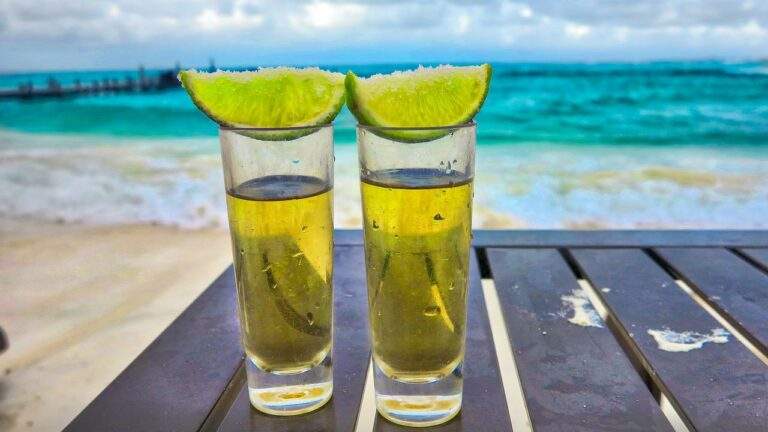 Moving to Mexico for Americans: 5 Facts and Statistics You Should Know 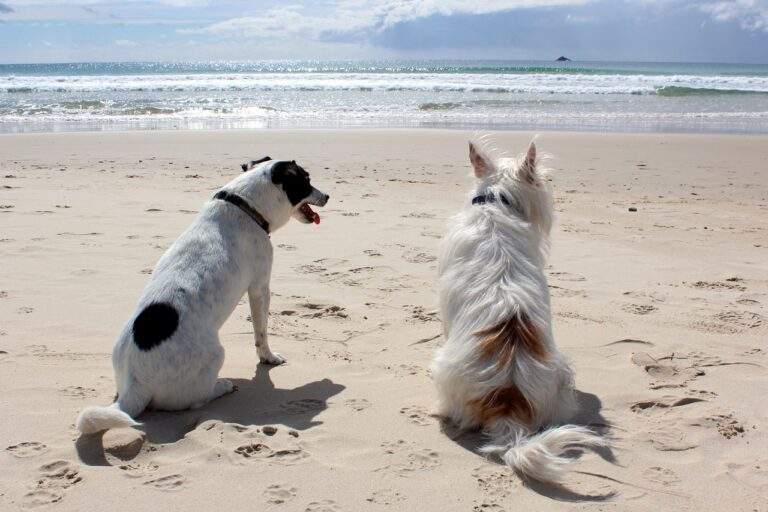 Is a residency required to buy property in Mexico as an American? Read this 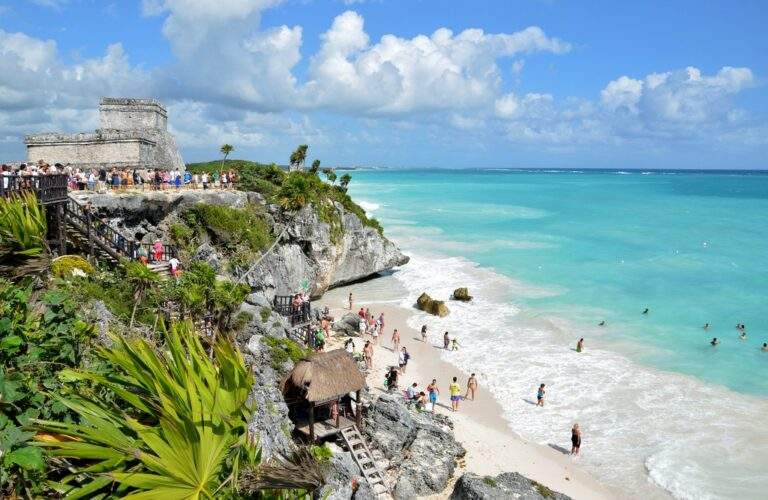 PrevPreviousHouses Built with Sargassum in Mexico
NextNFTs, Cryptocurrency with Real Estate in Mexico: How Does It Work?Next